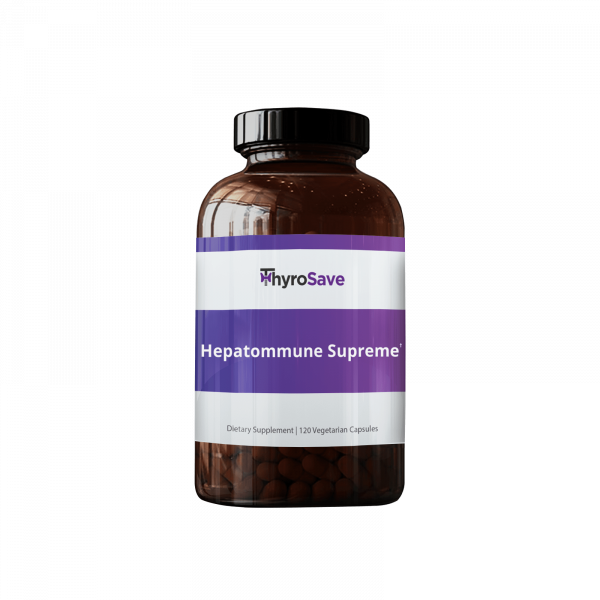 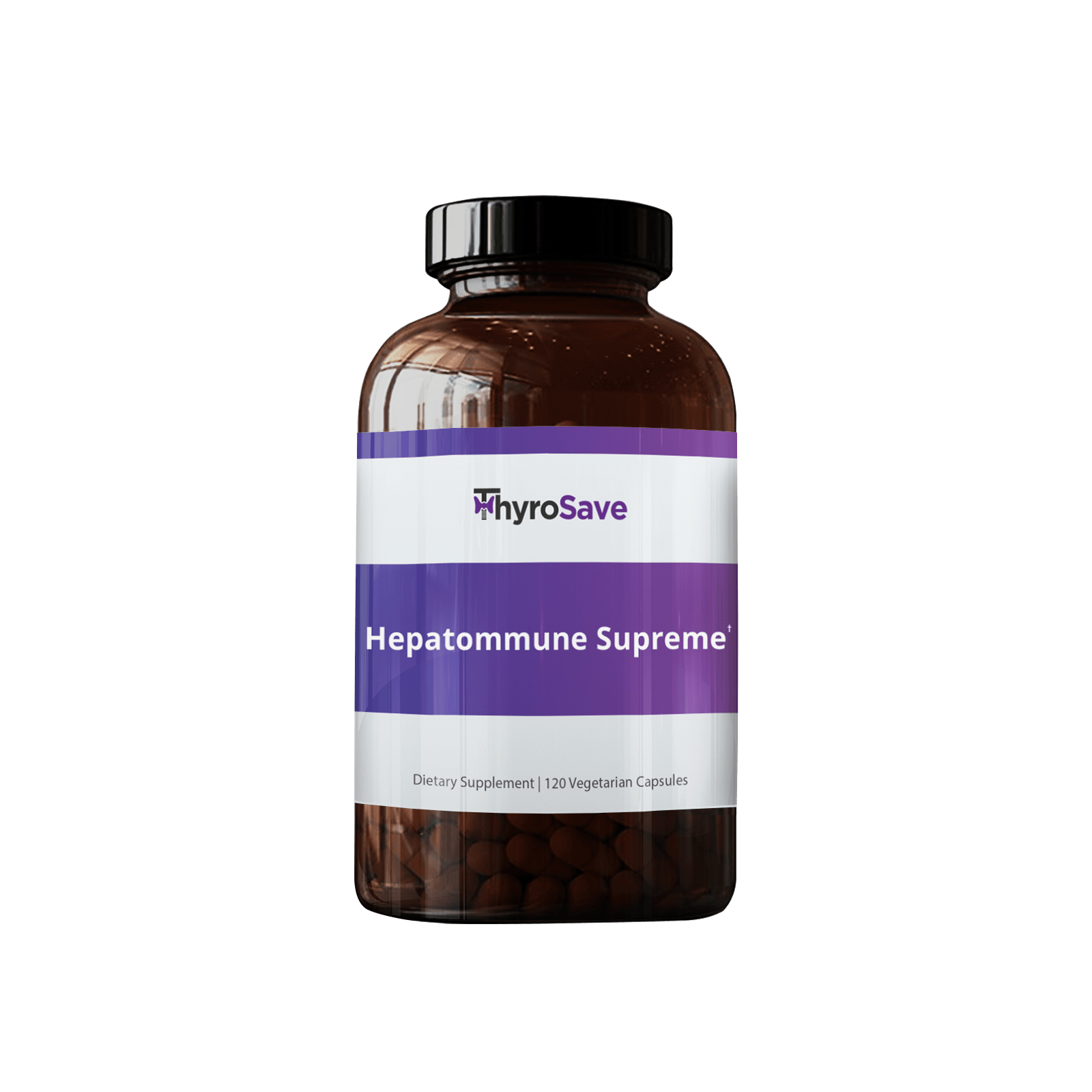 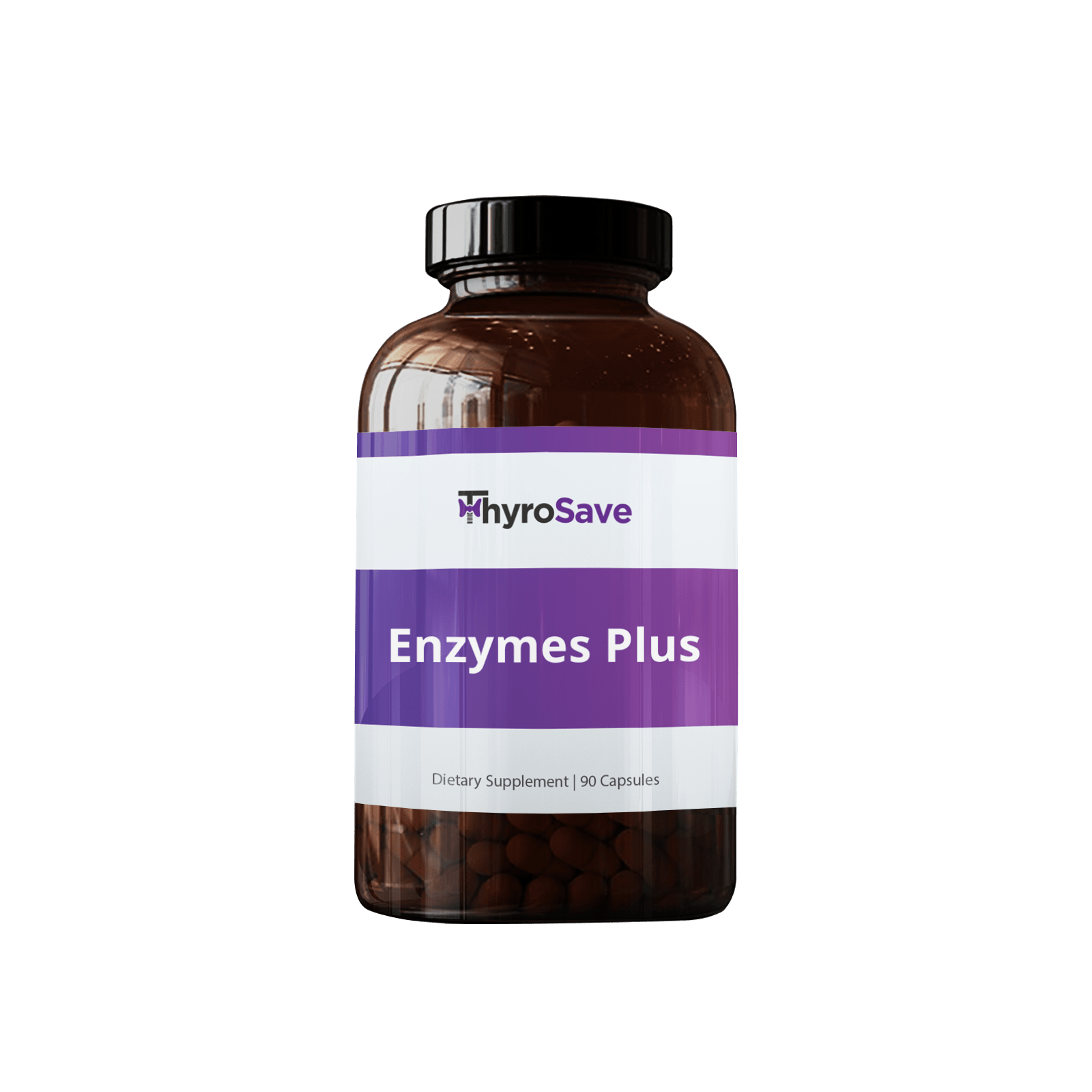 “If you have Hyperthyroidism/Graves’ disease or Hashimoto’s thyroiditis and are looking to reduce your toxic load while supporting your immune system, then consider taking Hepatommune.” – Dr. Eric Osansky

Reduce your toxic load while at the same time supporting your immune system health.

Hepatommune is a synergistic formula designed to support healthy liver and immune function. It does not contain gluten, dairy, soy or GMOs

N-Acetyl-L-Cysteine (NAC).  NAC is an acetylated form of the amino acid cysteine, and it is a precursor to glutathione, which is an antioxidant that plays an important role in supporting the detoxification pathways.  In addition to increasing glutathione levels, NAC can also act as a gentle heavy metal chelator, and it can also play a role in supporting the inflammatory response and calming oxidative stress, which is a factor with all autoimmune conditions, including Graves’ disease and Hashimoto’s thyroiditis.

As for how reishi can benefit people with Graves’ disease and Hashimoto’s, autoimmunity is characterized by an imbalance of regulatory T cells (Tregs) and Th17 cells. In order to suppress autoimmunity you want to have an abundance of Tregs and a lower amount of Th17 cells.  And numerous studies show that Reishi can help with this Th17/Treg balance (11) (12).

Cordyceps sinensis.  Research has shown that its properties include antiaging, reparative, anti-cancer, anti-inflammatory, and as an antioxidant (13).  As for its effects on the immune system, one study showed that C. sinensis reduced IL-17 by decreasing Th17 cells (14), which play a role in autoimmunity.

Milk Thistle.  This is one of the more popular herbs, as it is well known for its role in liver health. The active complex of milk thistle is composed of three isomer flavonolignans (silybin, silydianin, and silychristin) collectively known as silymarin.  Milk thistle has antioxidant activity and inhibits the binding of environmental toxins, and it can prevent or reduce the severity of liver damage (16).  This herb can help support the liver for those taking anti-thyroid medication.

Chinese Skullcap.  This is a common and widely used Chinese medicinal herb, and the main active compounds are baicalin and baicalein. They may act as antipyretic, analgesic, anti-inflammatory, antiallergenic, antimicrobial, and antitumor agents (17).

Schisandra Extract.  Schisandra (Schisandra chinensis) has been used for centuries as a plant of traditional Chinese medicine, and the lignans of schisandra has been investigated in hundreds of studies that have confirmed adaptogenic effects, central nervous system stimulation, hepatoprotective effects and potential anticancer potential (18).

Burdock Extract.  Burdock has been used therapeutically in Europe, North America and Asia for hundreds of years.  In the root, the active ingredients have been found to “detoxify” blood and promote blood circulation, and antioxidants and antidiabetic compounds have also been found (19).  In the seeds, some of the compounds possess anti-inflammatory effects (19).  Another study showed that burdock root tea significantly decreased the levels of hs-CRP, which is an inflammatory marker (20).

Does not contain gluten, dairy, soy or GMOs.

Take four capsules per day, or as directed by your health care practitioner.

KEEP OUT OF REACH OF CHILDREN.

WARNING: This product contains a substance known to the State of California to cause birth defects or other reproductive harm.